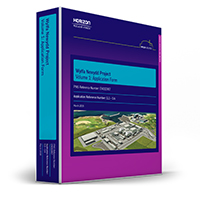 I am writing to thank the communities, organisations and individuals in North Wales who have worked with Horizon Nuclear Power to develop the Wylfa Newydd power station on Anglesey over a number of years, and to reiterate Horizon’s commitment to exploring future options for the site.

Hitachi’s decision has not been taken lightly and I know it is a huge disappointment for those who wanted to see the project succeed, bringing a bright future of jobs, skills, investment, and decarbonisation.

We have been fortunate enough over the years to have had close collaboration with local and national Government in Wales, community councils, schools, colleges, trade unions, the business sector and a host of other organisations including regulators, environmental organisations and essential public service providers.

I would like to thank the new Member of Parliament for Ynys Môn, Virginia Crosbie who has worked tirelessly to further the prospects for Wylfa Newydd since the 2019 general election. I would like to specifically acknowledge the sustained effort, constructive challenge and support from the Leader of The Isle of Anglesey County Council, Cllr Llinos Medi Huws, its members and cabinet including Major Projects and Economic Development portfolio holder Cllr Carwyn Jones, Rhun ap Iorwerth MS, the former MP Albert Owen and at the national level Ken Skates MS, Minister for Economy, Transport and North Wales.

In pursuing our goals we have had overwhelming support and professional collaboration. We do not take that for granted. All of our counterparties have been motivated by the desire to ensure a development on the scale of Wylfa Newydd would be managed responsibly in partnership with the host community, and bring benefits for generations to come.

I believe we would have achieved just that, but this time it was not to be. I also believe this is not the end of the story.

The case for nuclear power development in the UK is getting stronger, not weaker. The breadth and scale of economic benefits it can bring regionally are transformational, and right now, with the pandemic challenges we all face, they are needed more than ever. Meanwhile the United Kingdom has committed to become a Net Zero climate emissions economy and this needs wide ranging and ambitious action starting today.

The Wylfa Newydd site remains the best in the UK, if not the whole of Europe, for new nuclear power development. And between ourselves and North Wales community representatives we have decades of learning in how to collaborate to deliver a large-scale project with mutual benefits.

I cannot say today what the next steps will be. What I can tell you is that I, and my team at Horizon, will do our utmost, along with our stakeholders and supporters, to make sure the opportunities that Wylfa Newydd represents, can still be taken.

Planning consent for proposals to widen and resurface the road network around a proposed new nuclear power station on Anglesey has been extended to support the potential remobilisation of the project.

Unanimous approval was granted this week by the Isle of Anglesey County Council’s planning committee, meaning the highways scheme permission remains valid until 2023.

Activity on the Wylfa Newydd project was suspended in 2019 but Horizon Nuclear Power, the developer, has maintained the option to restart and kept major permit activities live.

A decision on the project’s main ‘Development Consent Order’ from the Secretary of State for Business Energy and Industrial Strategy is due at the end of September.

The method of funding new nuclear power stations is being reviewed by the UK Government and a new approach could see a restart for the Wylfa project.

Wylfa Newydd is based on a reactor type which has been built on time and budget four times already and can deliver a lower cost of electricity than the first UK power station for a generation, under construction in Somerset.

It would create thousands of high quality jobs in the region and across the UK and contribute enough zero carbon electricity to power the whole of Wales.

Ifer Gwyn, Head of Stakeholder Communications at Horizon Nuclear Power, said: “Improvements to the A5025 – the main road between Valley and the Wylfa Newydd site – are an important part of the work needed to support the full construction of the power station and would improve access and local safety.  It’s good news the extension to our original consent has been granted and would support a swift re-start to the Wylfa Newydd project" 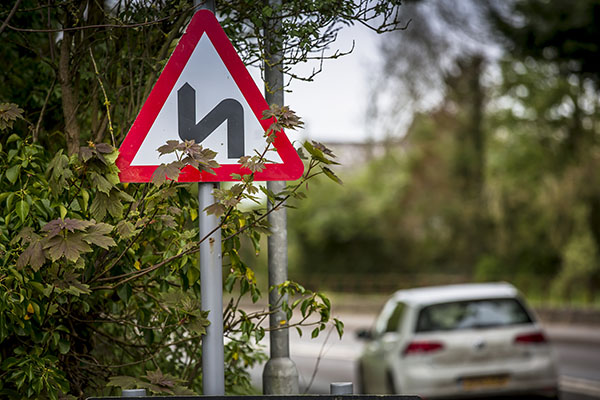 Horizon Nuclear Power has today welcomed the ‘Nuclear for Net Zero’ report from the independent Energy Systems Catapult which sets out the key role nuclear can play in helping the UK meet its climate change goals.

The report, which is based on an extensive whole system analysis by the energy and clean growth Catapult, shows that an optimised approach to delivering a Net Zero energy system includes a significant proportion of new nuclear capacity. Beginning with at least 10GW (additional to Hinkley Point C) of new build from established reactor designs – such as the ABWR, Horizon’s tried and tested technology – the report goes on to describe how nuclear could also play a big part in driving the growth of the hydrogen economy and providing district heating, placing the sector at the heart of deep decarbonisation across the UK.

Commenting on the report, Horizon Chief Executive Duncan Hawthorne said: “This report shows yet again how nuclear, alongside other clean technologies, can and must be part of the UK’s low carbon future. The analysis also, rightly, sets out the challenge to the industry in terms of cost reduction and we are confident – given our proven design and world leading partners – we can deliver against this.”

“It also goes to the heart of why we are determined to try and ensure that our development at Wylfa Newydd is restarted. An operational Wylfa Newydd will provide enough clean electricity to meet all of Wales’ power demand, domestic and industrial. This would, effectively, make Wales’ electricity supply Net Zero by the early 2030s, delivering on the UK Government’s pledge decades early, and also helping to answer the Welsh Government’s declaration of a Climate Change Emergency.”

“Providing such a significant step towards hitting our national climate change goals, whilst also triggering a huge economic boost to Anglesey, North Wales and the UK, shows why Wylfa Newydd is too important not to deliver.”

1.     Horizon was established in 2009 following the UK Government’s announcement that new nuclear energy would be a core element of the future electricity mix. The company was acquired by Hitachi, Ltd. in late 2012 and owns two of the eight sites designated in the UK for new build in the National Policy Statement for Nuclear Power Generation[1]. Up until January 2019 it was actively developing its lead site, Wylfa Newydd on Anglesey, North Wales and had planned to provide at least 5,400MW of new power station capacity to the UK – enough to power some 10 million homes – across the two sites, with Oldbury in South Gloucestershire following on from Wylfa Newydd. The sites would have each seen the deployment of two Hitachi-GE UK Advanced Boiling Water Reactors (UK ABWRs), each generating around 1,350MW.

2.     In January 2019, following a decision by its parent company, Hitachi, Ltd., Horizon announced that it was suspending its nuclear development programme and has now stopped the vast majority of its development activities.[2] This followed seven years of very significant investment from Hitachi and intense work across all areas of development, which meant that Horizon was actively preparing to be the next nuclear new build project in the UK to enter construction.

3.     The final component required to move from development into construction was agreement on the funding and financing for Wylfa Newydd. In June 2018 the Secretary of State for Business, Energy & Industrial Strategy made a Statement[3] to Parliament announcing that the Government and Horizon were entering formal negotiations with the possibility of HMG taking a direct equity stake in the project. Unfortunately, despite the best efforts of all parties, acting within their own specific constraints (e.g. commercial position, balance sheet restrictions, existing policy etc.), it was not possible to reach a deal that worked for all sides. This, ultimately, led to the decision to suspend activities as the project was not fully funded.

4.     Following the suspension decision, Horizon has continued to actively pursue the conditions necessary to support a restart of the project, including a funding model that fully incorporates the lessons learned from the previous phase of its project development.
[1] https://assets.publishing.service.gov.uk/government/uploads/system/uploads/attachment_data/file/47859/2009-nps-for-nuclear-volumeI.pdf
[2] https://www.horizonnuclearpower.com/news-and-events/news/news-details/568
[3] https://www.gov.uk/government/speeches/statement-to-parliament-on-horizon-project-at-wylfa-newydd
More

Horizon Nuclear Power is seeking an extension to its planning consent for online highway improvements to the A5025, work that would be needed to support the construction and operation of Wylfa Newydd.

We’re doing this now to enable a swift restart should Wylfa Newydd be granted a Development Consent Order (DCO) by UK Government later in 2020 and if the right funding model is in place. We’re not making any changes to the original planning application, but should you wish to view any documentation, you can view it here: www.horizonnuclearpower.com/our-sites/wylfa-newydd/documents

You can also contact us for more information, either by called our freephone hotline on 0800 954 9516 or emailing us at Wylfaenquiries@horizonnuclearpower.com
More